The game of Canasta is usually played with 3-5 people, but I like playing with 4 the best. Two standard decks are combined and shuffled, thoroughly. Then the dealer gives the deck to the person to their right to cut it in half, to ensure that the dealer isn’t cheating. Fifteen cards are then dealt, clockwise, to each of the players. It is acceptable to deal three cards at a time instead of the traditional one, for a large amount of cards are being dealt to each player.

My polish grandmother, Baci (pronounced “Bachi”) was first and foremost a teacher. Although she wore many titles, I considered her a teacher even before a grandmother. She made her career as a grade school music teacher and continued to teach piano years after she retired. It seemed like every time I saw her, she taught me something new. Whether it was which fork to use at a formal dinner, the proper technique to decorate a polish Easter egg, or how to make homemade perogies, I attribute a significant part of my life-knowledge to her.

She was the one who taught my sister, cousin and me how to play Canasta, something that would later become a summer staple and a source of bonding. Around her kitchen table, beside the newspaper coupons and scattered crossword puzzles, I remember repeating the rules over and over again into the night, until we each knew the strategies and keys to the game. Baci was patient and thorough with her explanations, and would quickly yet kindly correct our mistakes when we made them. With her, being taught never felt like formal learning. It just felt like a conversation.

Once all players have received their fifteen cards, 5-7 minutes are devoted to strategizing. From the main deck, the first card is flipped over and the game can begin. Through a series of turns, each player has the opportunity to draw and discard cards to form lays. All lays may be a combination of natural and wild cards.

It always amazed me how smart my Baci was. As she grew older, she always kept learning a priority. Maybe it came from her teaching background, but I think she was just naturally a student of life. Her knowledge was never confined to a subject or category. She would always tell me to never stop learning, even after I graduated from college.

One of her favorite things to do was completing crossword puzzles. In the morning, you could expect to find her sitting at the kitchen table—glasses perched on her nose, coffee mug in one hand, pen loosely held in the other—gazing down at a folded newspaper section, as classical music played in the background. Growing up, I would wander downstairs in her shore house and find her like this. It was usually the smell of bacon that awoke me, and even if she were in midthought, Baci would jump up from her crossword puzzle to greet me with a hug and pancakes. Then we would sit and continue her crossword puzzle, her whispering the right answers in my ear, and me trying to perfect my shaky-childhood handwriting to match hers. I loved how she knew the exact word for every cryptic clue and finding the completed puzzle later on in the afternoon. Every time I see a crossword, I think of her.

The object of the game is create a “canasta.” A “canasta” includes at least 4 same natural cards and up to 3 wild cards. You must have one canasta before “going out,” which ends the round. On rare occasions, a player may open the gameplay with a full canasta and lays, in which case, the game starts and ends within one turn.

If I had to pick one word to describe Baci, it would be dramatic. In that sense, her and I are kindred spirits. My parents always joke around where I get my dramatic-larger-than-life personality from, and we always attribute it to Baci’s genes. I cannot imagine a time when Baci wasn’t preparing for some performance. She always organized and conducted her town’s community choir concerts. I particularly remember their annual Christmas concerts when I would get to dress up in my best dress and hand out programs. The town seemed to love to see the 5-year-old granddaughter enthusiastically helping her Baci. I used to love to watch her conduct as I sat in the back of the dimly lit church. Her conducting outfit, which always had a hint of sparkle, would glisten under the spotlights as Christmas hymns filled the air. I think it was the joy in her face that I loved the most.

Growing up, I can’t even begin to count the number of shows my cousins and I put on for our family. Baci would often narrate a classic nursery story or fable as my small cousins and I would appear, disappear, and reappear from behind a wooden partition to signify different scenes. Sometimes, she helped me put on some of her lipstick because I insisted it was part of my costume. Make-believe and imaginary play was my favorite thing to do with her growing up. Our tea-parties with empty plastic teacups became real, and I truly believed that she was the Wicked Witch of the West when I pretended to throw water on her as Dorothy. Baci even took play-writing classes and once did a one-woman show. As a performer, she was absolutely enthralling as she effortlessly captured an audience with her full, rich voice and expressive face.

But her dramatics never stayed contained to the stage, which is something I can relate to. With a large personality comes a love for the dramatics in every day life. During our games of Canasta, Baci would occasionally feign that she had a bad hand, and then, with a twinkle in her eye, go out with one move. It never failed to get an uproar of disbelief from my cousin, sister, and me, even though we came to expect it after a while. She knew the game well and did love dramatic endings.

Sometimes a round of Canasta can last up to an hour, and there are always multiple rounds. One single game can last an entire evening. Although the game is long, between turns, players often casually chat and joke about their individual cards and strategies to prevent other players from going out. It is a strategic, yet extremely social game.

Everything Baci did, she did with passion. This is something I admired her for. Some of her passions included music and singing (she took me to an Opera for my 16th birthday), all kinds of games (card or board ones, her house was filled with them), puzzles (crosswords and jig-saws alike), cooking (“butter, salt and garlic make everything taste better”), art (she was a brilliant at sketching and painting), and reading (she always had a new book that my mom or I just had to read next).

But one of Baci’s main passions that truly shaped her life was her love of people. I don’t think I know a more social person than my Baci. I’m pretty sure that she had a busier schedule than I did, even though I’m a college student and she was a retired music teacher. Besides conducting her community choir, she was an avid tennis player, ran a weekly games group, was highly involved in her local women’s club and taught English as a second language. Every time I talked to her on the phone, she would tell me about the newest thing she was involved in. Partly because I think she liked to stay busy, but mostly because I know she adored people. She loved talking and connecting, and you could always feel the warmth in her hugs. Plus she loved to throw a great party. Her biggest joy was having her family over for holidays, and usually insisted on doing so. The night would always end with happy tears in her eyes, and a flutter of “I love you’s.”

The game of Canasta ends when one player reaches 5000 points. After all the points are tallied and re-checked, players are encouraged to congratulate the winner and show good sportsmanship. Then, a new game of Canasta can begin.

When I think of my Baci, I think playing Canasta will always immediately come to mind. I played with her for years, and through those games, learned so much about one of the most wonderful women I’ve ever known. My last memory of my Baci is playing Canasta with her, my cousin and my sister at her large wooden table in her shore house. We played late into the night like we always did, and she made cheese and crackers during the breaks between rounds. I can’t remember who won the whole game, but I’m assuming it was her because she always won, despite our determined attempts to beat her.

After reviewing our final scores, I gave her a hug goodnight and told her I would see her soon. As much as I miss her, I am truly blessed that my last moments with her were spent playing a game bonded us on so many levels. I know that we will be able to play Canasta again someday.

Rest in Peace, Baci. I will truly miss you.

Here’s to my Baci & Canasta.

3 thoughts on “The Game of Canasta” 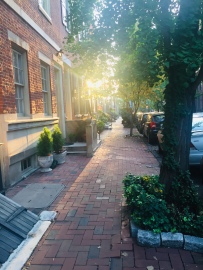 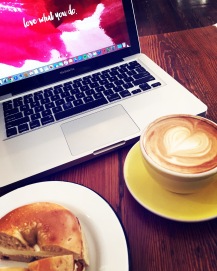