*Hi there. Just wanted to mention that this post contains a few spoilers. Additionally, ’13 Reasons Why’ and this post may be potentially triggering to some individuals–please watch & read at your own risk.

Wow. 13 Reasons Why. It’s pretty much the only thing I can say about it, having finished it a week ago: wow.

By now, I’m sure you’ve heard of the Netflix original series, 13 Reasons Why, based on the popular young-adult novel written by Jay Asher. In brief, 13 Reasons Why is about a girl, Hannah, who commits suicide and leaves behind 13 cassette tapes explaining the events that lead up to her death. Each tape is dedicated to a different person & each represents a reason why she decided to end her life.

To say this series is intense is an understatement. To say that it’s just another binge-worthy series on Netflix doesn’t do it fair justice. From the very first episode, I was sucked into the story, characters and the overall message of the show. I was tempted to watch the entire series in one sitting, but ended up having to stop after a few episodes because the whole story is extremely heavy. It stuck with me even when I wasn’t watching it; I often thought about in between viewing each episode.

13 Reasons Why is graphic. It doesn’t stray away from the uncomfortable, horrifying and heartbreaking reality that some individuals face on a daily basis. There is bullying. There is sexual assault and rape. And then there is the depiction of Hannah’s suicide. The writers and producers purposefully filmed the series in a way to evoke strong emotions from the audience, and I promise you, you feel every single emotion in full force. I think it strikes a cord because a lot of us can relate to at least one of the characters in some way. Or at least we can feel empathetic towards them. But the devastating reality is that most of us have either known someone who has committed suicide or are only a few degrees of separation away from someone who has. Suicide is a very real issue that often hits too close to home for a lot of us.

As popular as 13 Reasons Why is (it’s currently the most tweeted about Netflix series so far in 2017), it has also received its far amount of backlash. Experts say that the show doesn’t delve into the complex nature of mental health, romanticizes suicide as a method to seek revenge and may do more harm than good for viewers who may already be suicidal (source). Many suicide prevention organizations have already issued statements and talking points to combat the negative effects the series could have on its viewers. Needless to say, there’s been a lot of conversation about it.

So, what are some of my thoughts? To start, I think 13 Reasons Why was casted, shot and produced extremely well. There is a rawness about it that not a lot of series can capture & that’s what causes it to stay with you for so long.

And in response to all those people who have turned 13 Reasons Why into a meme–you’re completely missing the point and being a**holes (yea, I’m looking at you too, @Netflix).

I don’t agree with the experts who are cautioning parents to prohibit their teenagers from watching the series, but I do agree with them that Netflix didn’t dive deep enough into the mental health side of suicide. I think there needs to be more education of the subject and ultimately even more discussion around it. I also think that the series is receiving backlash for a reason–we don’t like talking about suicide, and a lot of us don’t even know how to even approach the topic, myself included. But now, it’s being thrown out into the open in a very real way which makes a lot of us want to run from it…which is the very reason why we shouldn’t.

Love or hate the series, the writers/producers/actors of 13 Reasons Why got exactly what they wanted: a discussion. Thirteen hour-long episodes sparked a debate among all age groups/demographics about an important topic, and I think that should be applauded. Moving forward, I hope that this discussion fuels the creation of more resources for parents, teenagers and educators. I hope it inspires viewers to treat others better, look out for their friends, and seek help if they need it. It’s not enough to just criticize the show, there needs to be a positive outcome if anything is going to improve.

I don’t normally write this kind of post, but 13 Reasons Why affected me & I wanted to share my thoughts about it. Regardless of your opinions of the show, I do think that we can all agree on one thing: just be kind to people. No matter what. Be kind simply because you just don’t know what someone’s going through.

Thanks for reading. If you feel comfortable sharing your thoughts about 13 Reasons Why, I’d love to hear from you in the comments below. &.

If you or someone you know needs help, visit The National Suicide Prevention Lifeline website. 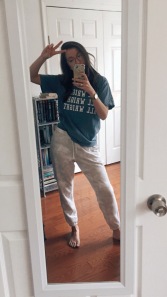 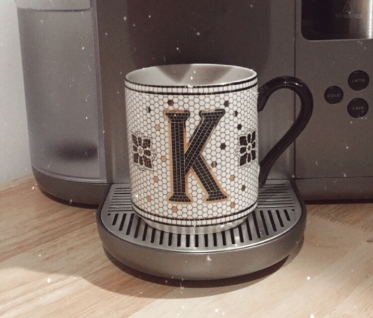