I have this weird habit of starring in Villanova University videos.

I wish I were kidding. Over the summer, I was asked by admissions to appear in the accepted students video  (in which I did in fact appear, and caused a perspective student on Candidate’s Day to stop me and exclaim, “You’re the girl from the video!”) So when I received an email from the University Office of Communication requesting that I help make another video for perspective students, I tried to say no but did not succeed.

To make it better? I would be one of TWO students to be featured in the video and would have to film “b-roll” footage one day and then be interviewed for 2-3 hours the next day. Don’t worry, there will be a make-up artist for you. You’ll be working with our crew and director Josh. Get excited, it’s going to be great.

It was a wild ride, let me tell you. Everything you would expect it to be and also radically different. Here’s what I learned from my 5 hours on set for a 2 minute video.

1. A filming crew is at least 20 people. Walking into the President’s Lounge (which they blocked off and transformed into a set), I was startled by how many people were milling about. Within a couple minutes, I had people coming up to me, fully knowing who I was, but when they introduced themselves, they failed to mention what they did. So all I can tell you is that some people do audio, some lights, others cameras, one directing and a bunch more just sitting around on their Mac’s looking busy.

2. On a similar note… the crew is a cast of characters in themselves and truly live out any stereotype you could imagine a video crew to embody. You have the director, who actually views the world through a square he makes with his hands, says things like “we need to audition outfits now please,” whose floppy hair is just the right amount of messy to compliment his edgy button down-black-jeans-dress-shoes-ensemble, and has an ordinary name that seems artsy just because he’s the ~*director*~.

Then you have the makeup artist. Tiffany. She’s bubbly and sweet, kind of buzzing as she unloads the 10 pounds of makeup that she carries in a compact duffle bag. She calls you things like “sweetheart” and compliments your skin and tells you to do commercials. She has crazy bride stories and can’t make up her mind about what makeup brand is the best. She becomes your friend, your confidant for the day, because in the makeup chair, you can tell her anything.

After you get your makeup done, you have to sit in a chair so the lighting crew can get the lighting juuuust right. And man, is the lighting crew serious about lighting. Grown men pacing the floor, seriously discussing “killing that overhead light” and complaining about the “LED lighting because it’s not tungston” and cursing the room for not having a dimmer. (For God’s sake, why is there NO dimmer??) And then a older Italian gentleman (clearly the head of lighting, with years of experience in the art) comes over, removes his thin-rimmed glasses and says the glow is perfect and the lighting crew simmers down.

There’s a guy in all black with a man-bun. He has multiple rolls of tape and switches batteries and parts in and out of the cameras. He’s a jack of all trades, quickly and deftly doing his job. He doesn’t say much but sometimes comments on the lighting. The lighting crew does not appreciate this.

And lastly, you have some man in a suit jacket and slacks, ear piece firmly attached to his head, palming a Blackberry. He has a name like Broc or Jason and he remains silent throughout the whole shoot, occasionally glancing up from his Blackberry (please note that it is NOT an iPhone). His job is to look important and he certainly does it well.

3. Being on set is a lot of standing around. Or sitting around. Or wandering around. The lighting takes a while (obviously) and the video cameras that look like they belong on Mars take about 45 minutes to assemble. You don’t want to look like a diva or remind them that you have class soon, so you sit or stand or wander or talk to Tiffany for a while. It’ll be your turn to shine soon enough.

4. It’s claustrophobic. As if you’re not nervous enough, you have two cameras about 7 feet away from you, a boom mic 5 inches from your head (just out of the shot), the director sitting directly next to the camera leaning in and two huge white screens on either side diffusing the light. It’s like you’re in a little box and you’re the main attraction.

5. It’s terrifying and so much fun. I don’t get stage fright, but I’ll admit that I got pretty nervous butterflies in my stomach at the beginning of the interview. Josh kept telling me to slow down, but he was encouraging and brought out an authentic side of me. After a while, you ease on into it and it does feel pretty cool to have your own personal makeup artist touch you up between shots. You feel like a movie star. Just one who has no idea what she’s doing but is told that she looks great on camera. You can only hope.

The crew applauded me after. I smiled and said thank you. Josh shook my hand. They’ll be in touch when it’s done. And with that, my brief flirtation with fame was over.

Here’s to being a ~*movie*~ star on the medium sized screen & not really hating it. 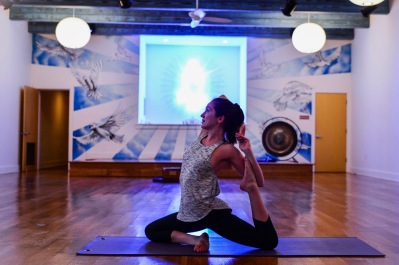 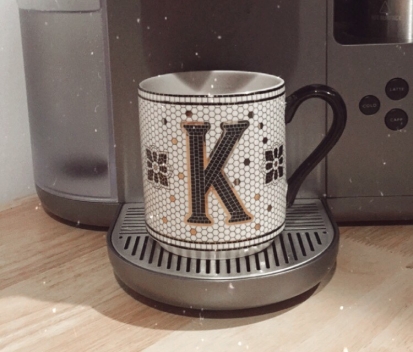