Well hi there! It’s been a while. With Christmas and New Year’s, family things and getting horribly sick (I can never escape the post finals cold…), I haven’t had much time to write. But I’m back! And I’ve had a wonderful start to 2015 so might as well write some of it down.

“Drinking without toasting is a shame.”

On Sunday, my dad informed me that my sister and I would be joining them for dinner with their friends. Lovely. Just a bunch of adults, awkward small talk and the requirement of nice clothes vs. sweatpants (which I had been wearing all day. Ugh). Well, to my pleasant surprise, dinner was incredibly fun, probably due to the fact that my dad’s friend believes in toasts. And lots of them. Seriously, I think we made 15 toasts minimum. (Read: I had a lot a lot of wine). The rationale is, if you’re together and drinking, might as well say some nice things too. I think I agree. Cheers to that.

For the first time in probably 5 months, all my best friends and I were reunited. Whenever we’re together, we go to this small coffee shop to catch up on everything and anything. This time, one of the main topics of conversation was my friend Haley’s upcoming trip to Australia. Midway through our conversation, an older gentleman comes over and explains (in an Australian accent) that he couldn’t help but overhear our conversation and would love to give Haley travel tips. He was literally the sweetest and so lovely to talk to. Guess it goes to show that you never know who you’re gunna meet!

I’m not a music guru by any means (that’s my sister) but I whenever I find an artist I like, I will listen to their entire album on repeat until I know most of the songs by heart. Current fave is Justin Nozuka and his album Holly. I had heard some of his stuff in the past, but my friend Ryan reintroduced me to him during finals. If you want a little chill, a lot of guitar and an easygoing vibe, check him out.

Ahhhh New Year’s. The made up holiday. I am not a fan of New Year’s and I’m pretty vocal about it. (I stubbornly resisted my friend Kara’s attempts to get me to buy a new sparkly dress for the night. Spoiler: I did end up buying a new dress, with minimal sparkles). However, this year NYE was probably one of the best nights I’ve had in a while. With all my friends finally legal, we went to a bar which turned into a pseudo-high-school-reunion/all night dance party. Great times, great memories. Plus I found a red lip stain that lasted through all of the night’s festivities. Win. 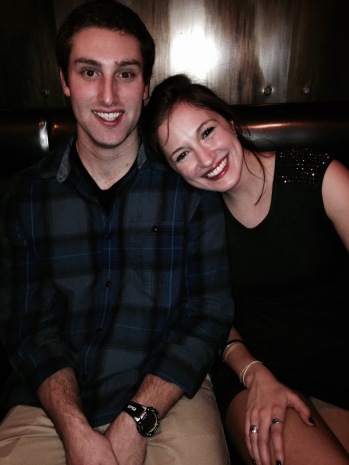 I like Pinteresting. That’s no secret. I also like quotes. Which you probably could have guessed (goes with the writer thing). Found this quote and thought it was a nice sentiment for 2015. Sorry, cheesiness is over now.

Liking spending a week with my besties & Favoriting 2015 starting off surprisingly, yet amazingly. 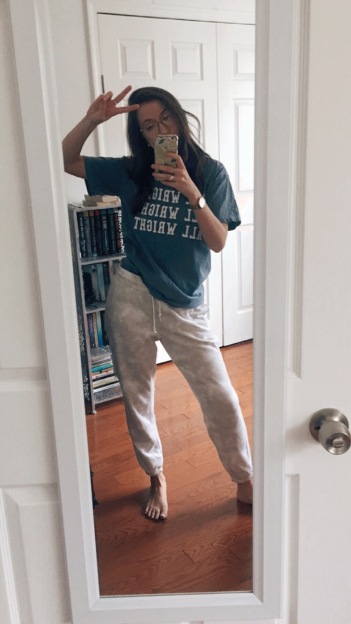 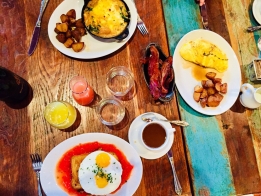 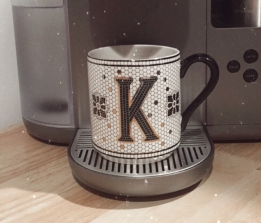