I’ve wanted to write this post since I’ve returned from El Paso, but I wanted to make sure I had the photos to go with it. And with those, I wanted to edit them in an artistic yet meaningful way; I wanted them to do justice to what we saw and I think that they do. I hope it gives you a deeper understanding as well.

When I told people I was going to El Paso, TX, the most common response was “so basically Mexico?” And those people weren’t wrong. For those of you who don’t know, El Paso is on the very west corner of Texas, in the same time zone as Arizona and Utah. The place we stayed was approximately 5 miles from the Mexican border. If you drive along route 10, you can see right into Juárez, the only barriers being two metal fences lining the Rio Grande River with Border Patrol cars roaming in between. From a distance, Mexico looks the same as El Paso. To the naked eye, you wouldn’t realize they’re completely different worlds.

On Sunday, Nathan, one of of the volunteers we met through Cristo Rey, offered to take us to the actual fence that divides Mexico and New Mexico to better understand the social justice issues that surround Mexican immigration into the U.S. With all 14 of us piled into a van, we headed down the Texas highway, passing Targets, McDonald’s, and Walmarts along the way. In a blink of an eye, we were in New Mexico, passing a huge casino and amusement park, with a Ferris wheel looming over the desert. With another blink, the paved road of the highway disappeared and we found ourselves on a dirt road with nothing but sand and mountains surrounding us. Before we knew it, we were stopped in the middle of a clearing with a metal fence.

“That’s it?” someone asked as we got out of the van. Even though that seems insensitive, I have to admit that’s what I thought too. The fence is a simple metal fence, something that you would use to keep your dog in your yard, but higher.  I expected a huge wall, barbed wire, I don’t know, something more than just a metal fence. As we approached it though, we saw that it reached as far as we could see. In one direction is a massive hill that the fence goes up and over, and in the other, it meets a huge mountain with a cross at the top that marks the intersection of Mexico, New Mexico, and Texas. A border patrol car stood watch nearby.

Looking through the metal diamonds, you can hardly believe that a casino and an amusement park are less than two miles away. The neighborhood just beyond is destitute, desolate, so extremely impoverished. Houses are barely standing, with tin roofs flapping in the wind and dogs relentlessly barking in the background. Near where we were standing was a pile of trash that was taller than me. You hate to think that anyone lives in these conditions day after day.

Nathan had said before arriving that we might see some children come to the fence, and sure enough, within five minutes about eight kids emerged from the broken houses, ranging from 2 to 15 years old. Some had lollipops, others, baseball caps. Even though they only spoke Spanish, and us only English, it didn’t stop them from trying to get our attention and interact with us. The little ones climbed all over the fence–like it was a jungle-gym instead of a definitive barrier–laughing and beckoning us to come play with them. Some of the older ones stood farther away, pulling some of the younger ones down, but mostly just quietly watching on.

It was hard to resist the pure joy and laughter of the little ones and soon the group started playing peek-a-boo through the fence. We touched hands between the metal diamonds and shared genuine smiles. It was clear that happiness has no language barrier.

The few group members that knew Spanish tried to have basic conversations with the kids. One little girl asked if we all had moms, dads, grandmothers and grandfathers. Another asked if we had water. The older ones didn’t say much.

After a while, we noticed a few adults (presumably the kids’ parents) drive down the dusty road and get out of the car to watch us. They never approached the fence. They simply watched at a distance.

Nathan pointed out a large building about 50 yards from the fence on a large hill. He explained that it’s a factory (a “maquiladora”) where most of the kids’ parents probably work. He told us it’s an American factory, part of the NAFTA agreement. While it sounds beneficial on paper, NAFTA essentially allows American companies like Comcast and Coca Cola to basically (and legally) exploit Mexican cheap labor and ship produced goods back into the country without tariffs or duties.

He went on to talk about how Juárez is considered the one most dangerous cities in the world this year, where corpses hung from highway overpasses and brutal shootings in the streets are common occurrences. Conversely, on the other side of the fence, El Paso has been considered one of the safest cities in America for the past 4 years.

With the Border Patrol car in sight, we asked about people jumping the fence. Nathan says that it usually happens around dusk, although most don’t get very far because of the massive flood lights waiting about twenty feet from where they land. But he added that most people who jump there know that they will get caught and do it for that reason. Why? Because spending 3 months in a detention center in the United States is better than the the poverty and violence they experience every single day.

Toward the end of our visit, Nathan asked if we would like to take a picture by the fence with the kids. Although most of us were hesitant, he assured us that the kids would love it. My group and I have decided to not to show the photo we took because of the eery and almost disrespectful nature of it. While the kids loved finding themselves on the small digital screen, we didn’t want to look at our awkwardly smiling faces while theirs were blocked by the fence’s metal lattice.

As we said our goodbyes and walked towards our van, the Border Patrol car zoomed up into the clearing. Before we even drove away, the officer got out and hooked up three tires, attached by a metal chain, to the back of his car. Then he got back in and drove up and down the fence to erase all of our footprints. Nathan explained that they do this ritual every hour, so that if someone does jump, they can easily track their footprints.

As we drove back towards the Targets and the McDonald’s, I couldn’t help but think how frustrating it must be for those kids to look beyond the fence and see a land of potential just beyond their reach. Or maybe they don’t even realize what the fence means, saved by their childhood innocence. But eventually they will learn and their lives will never be the same.

My group and I wrestled with that visit for the entire week and still continue to talk about it to this day. We don’t have a solution and there isn’t going to be a clear one. My group and I just want to start the conversation, to spread the awareness of the situation, to give a face and a story to illegal immigration. That’s why I wrote this post, in hopes of sparking different thoughts and maybe changing some perspectives.

Here’s to the kids at the fence & future change.

One thought on “The Fence” 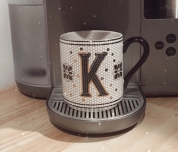